The Dirty War, at its heart, was a war against political dissent. From 1976 to 1983, secret police, military forces, and death squads systematically hunted, tortured, and disappeared anyone who had connections (real or imagined) to socialism, communism, or leftist ideology. The victims of state violence could be anyone: students, artists, members of labor unions, teachers, journalists or writers. Nobody was safe.

The suffering in Argentina was hardly an isolated incident. The Dirty War was merely a part of Operation Condor. Under Operation Condor, the United States (mainly through the CIA) supported and facilitated state terrorism and oppression. We now know that CIA operatives were teaching torture techniques, providing financial assistance, and otherwise supporting the juntas.

The resistance of Argentines to the oppression they faced was remarkable. Especially active were a group called the Asociación Madres de Plaza de Mayo (The Mothers of Plaza de Mayo.) These women fought for information about their disappeared children, at great personal risk. They gathered in the Plaza and held silent vigils for their missing children. The Madres are recognized as the first group to organize against the human rights abuses Argentines suffered under the Dirty War.

The tireless search these mothers undertook echoes the myth of Demeter and Persephone. Demeter is the Greek goddess of the harvest and Persephone is her daughter. One day, while Persephone was gathering flowers, she was kidnapped by Hades, the Lord of the Underworld. She vanished without a trace. Demeter, fraught with grief, searches endlessly for her lost child, only to learn that she is bound to the Underworld for six months. For half the year, Demeter and her daughter are reunited, but for the other half, Demeter is forced to wander the earth, searching for her child and hoping for her safe return. 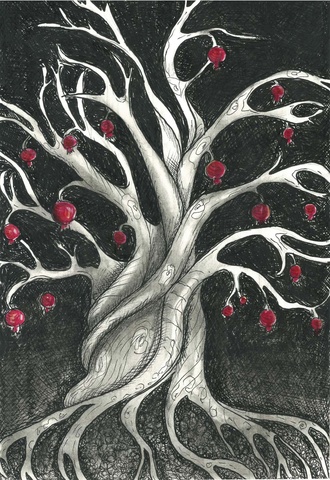