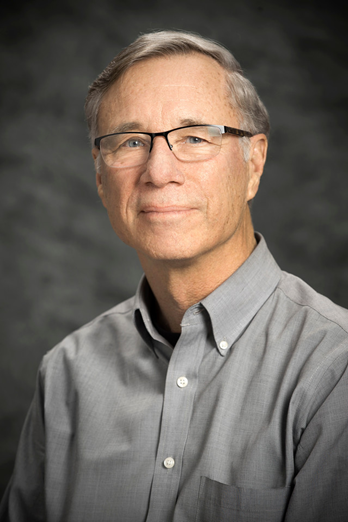 We are pleased to dedicate Iowa New Play Festival 2022 to Professor Alan MacVey, who served the University of Iowa for 28 years as Chair of the Department of Theatre Arts - a tenure second only to that of E.C. Mabie, who founded the department and chaired it for 31 years from 1925 to 1956.  Professor MacVey also served for 15 years as Director of the Division of Performing Arts, composed of the School of Music and the Departments of Theatre Arts and Dance, which he was instrumental in establishing in 2000.

Before coming to Iowa in 1991, Professor MacVey served as Director of Theatre at Princeton University.  While Chair at Iowa, he also served for almost forty summers as Director of the Theatre Program at the Bread Loaf School of English at Middlebury College, teaching graduate courses in directing, acting, and Shakespeare in performance.  At Bread Loaf he established and was Artistic Director of the Acting Ensemble, an Equity company dedicated to the performance of Shakespeare, modern and contemporary plays, and new works.

Professor MacVey has also served as Associate Director of the Trinity Repertory Company in Providence, Rhode Island, and directed productions for Trinity, the Cleveland Playhouse, North Light Theatre (Chicago), the McCarter Theatre (Princeton, NJ), the Shakespeare Theatre at the Folger Library (Washington, DC), and TheatreWorks (California), among other major theatres.

As Chair of the Department of Theatre Arts, Professor MacVey’s many accomplishments include: enlarging the size and scope of the department’s production program to include numerous student-produced, -directed, and -written works; establishing the Partnership in the Arts program, which brought theatre professionals to campus to develop new work with students and faculty; establishing the Big Ten Plays initiative, which commissioned new plays by and about women to be performed in Big Ten theatre departments; leading the Music Theatre Track, which combines the resources of theatre arts, dance, and music for students seeking training and experience in music theatre; leading the Writers Room Program, which provides a course and fellowships for aspiring television and film writers and the opportunity to work with industry professionals.

Professor MacVey also led the Division through the catastrophic Flood of 2008 and the subsequent rebuilding of the arts campus.

This is to name only a few of his accomplishments. Through it all, he has been an unwavering supporter of the writing and production of new works for the stage by both undergraduate and graduate students. We dedicate this year’s festival to him on the occasion of his retirement, with the the greatest admiration and deepest appreciation.